Home > Blog > The Great Debate: Which Way Do You Swing? 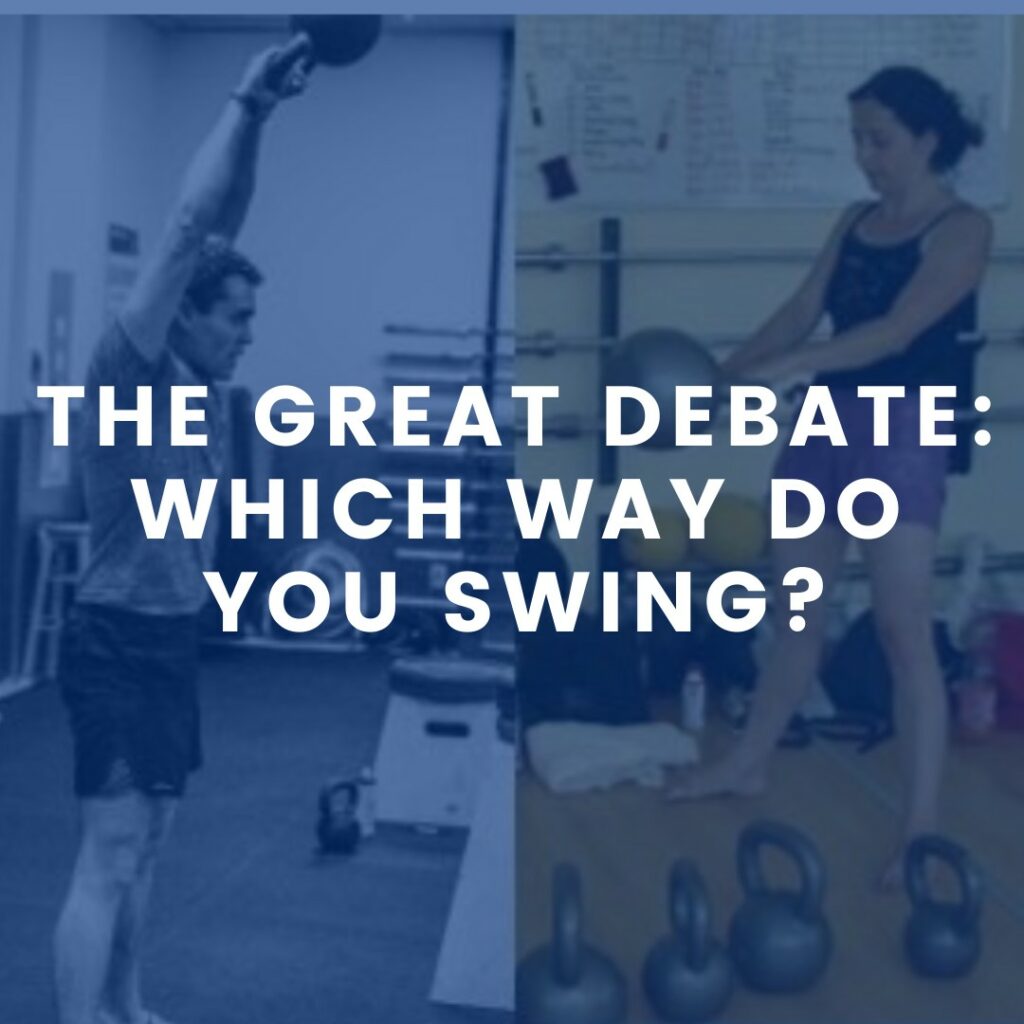 Which way do you swing? That’s an important question right? But it is maybe not quite the question you think it is, because I’m talking about the kettlebell swing. Get your mind out of the gutter, what were you thinking?

If you’ve been around gyms, CrossFit boxes, bootcamps and fitpros on the gram you’ll see people doing the kettlebell swing. What you’ll notice is that there are a couple of key ways to complete the swing; the Russian Swing or the American Swing. Seems pretty straight forward by the name, where each originated. But, kettlebells have been used by the Russian Special Forces, Strongmen and Athletes since at least the 1700s! Whereas, kettlebells hit popularity in North America in the 90’s thanks to the great Pavel Tsatsouline.

So what’s the difference?

In a nutshell, the big difference is how high you will be swinging the kettlebell. The Russian Kettlebell swing will stop at about chest height, whereas the American Swing will stop with the arms locked out overhead.

So what are two different options? Well, let’s first understand the purpose of the kettlebell swing. There are many different reasons someone might be adding swings to their workout routine, these might include:

Realistically, that’s the best I could come up with and each of these reasons are essentially derived from CrossFit. The general CrossFit theory is that a Russian Swing is considered a ‘half rep’, why not complete it overhead? If you increase ROM we’re working harder and finally, the finish point of arms overhead by the ears is a nice standard to count reps. This theory however falls apart, because if you never do ‘partial’ repetitions deadlifting would be obsolete because you should only ever be cleaning.

So, if you’re not a cross fitter, should you be doing the American Swing?

No and here’s why:

So, if you’re not American Swinging what can you do instead? Well to me, there are essentially two much better alternatives to swinging the bell overhead.

So to sign off, which way do you swing and why? Are you a CrossFit competitor or have you just been taught by someone who has learnt kettlebells through that environment.

share this article
related posts
Bootcamp Ideas HIIT: The TRAPP
The Accumulator Workout
Warm up for Bootcamp
1 2 3 … 45 Next » 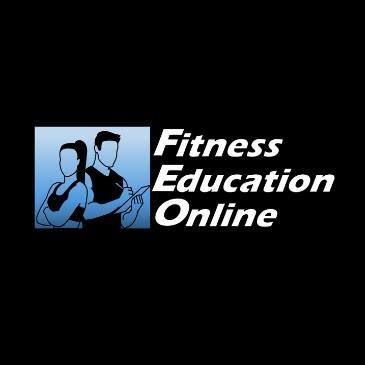 About The Author: Travis Mattern
Co-founder and Director at Fitness Education Online

Recent Post
Supporting the Bigger Client
Boxing Workout for Bootcamp 15, 30, 45, 60
Boxing Workout Ideas for Bootcamp: “The 2-10’s”
How To Structure a Boxing Workout for Bootcamp
“Exercise Considerations for the Bigger Client”… Health and fitness at any size
Should Women Stop Lifting Heavy Weights During Menopause?
Boxing Circuit Workout Ideas: The “Punch, Run, Bodyweight”
Boxing Courses for Personal Trainers: Should you do one?
How to Become a Highly Profitable Rent based Personal Trainer in 2022!
One Arm Kettlebell Row: 5 of The Best Variations Available
To weigh or not to weigh? Should Trainers Ditch The Scales Once and For All?
5 Questions every Fitness Professional should be asking their female clients... (especially when aged 37+)
How to run a 30 Day Plank Challenge… Sub30 Style!
How to Help Female Clients Work With Their Hormones
10 Steps To Launch Your Fitness Coaching Business Online
SEO for personal trainers
1 2 3 … 76 Next »